Driving under the influence (DUI) is a serious crime in every state of the US, and California law enforcement officers have established several methods for identifying and arresting impaired drivers throughout the many metropolitan areas of Riverside, California. Unfortunately, some innocent drivers are arrested for DUI even though they were not driving while impaired by drugs or alcohol. Additionally, some police officers are overzealous in securing convictions and embellish the validity of the evidence they use to establish probable cause and conduct an arrest.

While it is vital for police to stop impaired drivers and prevent them from causing serious accidents, there is a disturbing trend in California of lawmakers considering DUI fines a source of income for the state, encouraging law enforcement to seek convictions as often as possible. If you or a loved one has been arrested for DUI, a Riverside, California DUI defense attorney can help you fight to protect your rights and prevent the severe penalties that often follow DUI conviction.

If you or a loved one faces DUI charges in Riverside, Rancho Cucamonga, or any other area in the Inland Empire of Riverside, California, it’s vital to secure legal counsel as soon as possible. DUI conviction carries severe penalties, including jail time, fines, and loss of driving privileges. Additionally, DUI conviction penalties escalate with prior convictions. If you face your second or third DUI in California, the potential punishment could be quite severe. My SoCal Lawyers offers comprehensive and aggressive defense representation to those facing DUI charges in the Inland Empire. Our team has extensive experience handling these complex cases and can help you formulate the strongest possible defense

In every case we handle, our goal is to have our client’s charges dropped if at all possible or reduced as much as the law and available evidence allows. It’s common for us to dismantle prosecutors’ evidence when they rely on shaky justification for pursuing a DUI conviction. As your Riverside, California DUI defense attorneys, My SoCal Lawyers will help you explore every possible angle of defense available in your case.

Law enforcement throughout the United States uses various methods for identifying impaired drivers, but most DUI arrests start with the police stopping a driver for erratic driving or moving violations. Impaired drivers are more likely to run stop signs, drive at excessively slow speeds, and hinder surrounding traffic. If the police stop a driver and detect alcohol in any way, this can form probable cause for a DUI arrest.

After police conduct a lawful arrest for DUI, they will administer a chemical test to the arrested driver to measure the driver’s blood-alcohol concentration (BAC). The legal limit for BAC is 0.08% for regular drivers and 0.04% for commercial drivers. For drivers under the age of 21, any detectable amount of BAC could lead to a DUI conviction.

Many drivers assume that the police check BAC by administering breathalyzer exams during traffic stops. A breathalyzer analyzes a driver’s breath to detect alcohol particles and reports a BAC percentage. However, a breathalyzer conducted during a traffic stop is a preliminary alcohol screening; drivers over 21 have the right to refuse preliminary screening, but they must submit to a chemical test following a lawful arrest for DUI. The only exceptions to this rule include drivers under the age of 21 and drivers on probation for prior DUI. 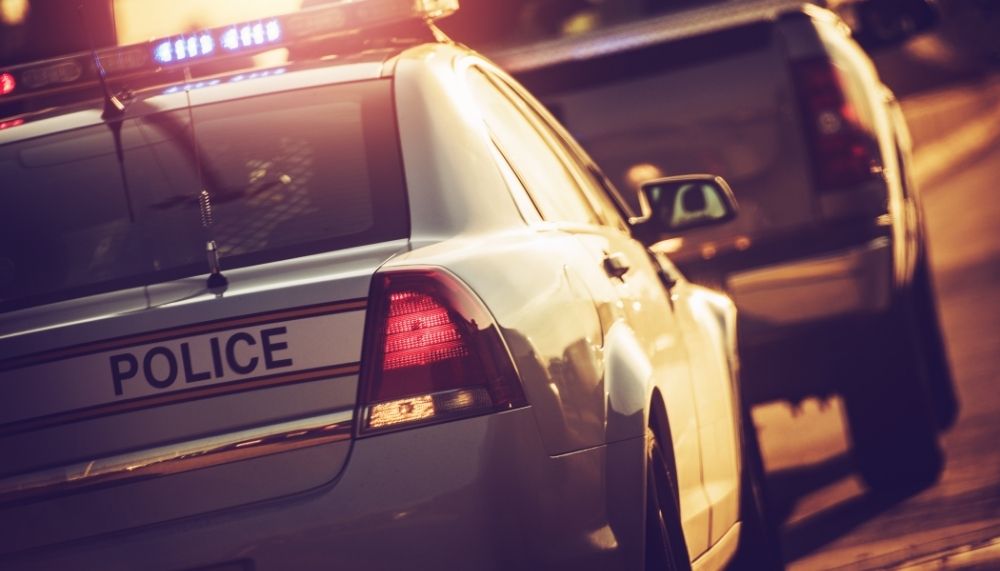 Potential Penalties for DUI in the Inland Empire

California state law prescribes escalating penalties for multiple DUI convictions that occur within 10 years. If you were convicted of DUI eight years ago and face a second conviction, the prior offense would influence your penalty for the second. In California, the penalties for DUI include:

A fourth conviction within 10 years or a DUI resulting in serious injuries or death to another person qualifies as a felony DUI in California. The penalty for felony DUI can include 16 months to four years in prison, but if the offender killed someone, they could face vehicular manslaughter or second-degree murder charges that can mean 15 years or more in prison.

A DUI that causes injury, this is a wobbler offense, meaning it can be charged as a misdemeanor or felony depending on the severity of the injury.  The prosecution must prove that the driver’s neglectful driving or illegal driving maneuver caused the injury to the other party. If a misdemeanor, there is a 5 day to 1 year jail sentence and at least a 1 year driver license suspension.  If a felony, there is a 2, 3, or 4 year prison sentence and a 5 year license revocation.

Gross Vehicular Manslaughter While Intoxicated carries a 4, 6, or 8 year prison sentence.  However, if the driver has a prior DUI related conviction, then the prison sentence can be 15 years to life.  Driver license revocation for 3 years.

Defending Yourself From DUI Conviction

It’s vital to work closely with an experienced Riverside, California DUI defense lawyer when you face any DUI conviction, including a first offense. Your attorney can help you prove your innocence or challenge the validity of the prosecution’s evidence to have your charges reduced or dropped. My SoCal Lawyers excels at exposing weaknesses in a prosecutor’s case. When we represent your DUI case, our first task will be to examine the conditions of your arrest to determine whether the police violated your constitutional rights or the laws of due process. If they did not establish probable cause to conduct an arrest, this could be enough to have a DUI case dismissed.

In more complex cases, your Riverside, California DUI defense attorney will challenge the prosecutor’s evidence, including calling the validity of the chemical test into question, assessing whether the lab responsible for processing the test result is a reliable establishment, and providing evidence that contradicts the prosecution. Ultimately, every DUI case is unique. A driver facing conviction for DUI must have a carefully crafted defense and the help of an experienced Riverside, California DUI defense lawyer to avoid the most serious penalties.

For most California DUI defense cases, you can expect to face several court dates, likely occurring over the span of several months. Over the course of these months, your Riverside DUI lawyer will work diligently to collect evidence, run motions, and negotiate with both the prosecutor and judge. The purpose of these negotiations is straightforward—your attorney can seek a reduction in your charges or even outright dismissal based on the evidence provided.

Whether or not your defense attorney has uncovered evidence that may lead to reduced charges or charge dismissal, you have two options for handling your court proceedings. Some clients opt to come to court themselves, allowing them to personally plead before a judge. However, most people charged with misdemeanor DUI choose to allow their DUI attorney to attend any court proceedings on their behalf, allowing them to continue work and family obligations. In this case, your DUI lawyer can request that you sign a notarized Thal waiver, allowing them to execute the plea on your behalf. If you fail to reach a settlement, then the case will be set for a jury trial.

Can a Lawyer Really Help With DUI in California?

The simple answer? Yes, a California DUI lawyer can be an enormous help to your case.

All too often, particularly after a first DUI arrest, people make the mistake of assuming they are not in need of legal help, or may simply wish to forego the expense of hiring a lawyer. However, while you are allowed to represent yourself in court, hiring an attorney makes it considerably more likely that your charges will be dropped, or that your case is dismissed.

Even if your case proceeds through the court system, securing the services of a Riverside drunk driving defense attorney can increase the likelihood that you keep your license and retain your driving privileges. Without an experienced California DUI lawyer at your side, it is extremely difficult to assess the prosecutor’s case, let alone discover any errors that may lead to a reduced charge. However, your Riverside DUI attorney has the legal knowledge, network of experts, and litigation skills to handle your case in your best interests.

Unfortunately, even if your current case is your first DUI charge, a conviction can have severe consequences that last for several years. All too many individuals default to entering a guilty plea, both to avoid a protracted court battle and to accept a plea deal for potentially lower fines. However, if you have been arrested for a DUI offense in California, it’s important not to assume that you are doomed to receive a conviction. A Riverside DUI attorney has the legal skill to assess the prosecution’s case as well as analyze the procedures used by the arresting authorities to help you avoid such an outcome. Without a lawyer, there is a considerable probability that you could be persuaded to plead guilty when it was not necessary.

How Do I Choose a DUI Lawyer?

When you must choose a Riverside drunk driving attorney, it is crucial that you select an individual with a positive track record. Working with an experienced DUI attorney means you will have access to the resources and professional network necessary to review your arrest with a trained eye. Your DUI attorney should be able to effectively communicate the value they bring to your unique DUI case.

To start, it is important that you are considering lawyers that specialize in DUI law. During your search for a Riverside DUI attorney, keep these tips in mind:

How Much Does a DUI Lawyer Cost in California?

Like with most legal fees, the cost of a DUI lawyer in California is dependent on a variety of factors, and can vary enormously. The primary factors impacting the cost of your attorney include:

The national average cost for a DUI attorney when you must simply enter a plea can range anywhere from $700 to $1,500. The dedication and work necessary to secure reduced charges or a case dismissal more commonly rests between $1,000 and $4,000—up to even $10,000 in extremely complex, lengthy cases. Compared to the financial impacts of losing your job, damaging your reputation, and paying exorbitant fines, most people find a DUI attorney to be well worth the cost.

Preserve Your Reputation with a Skilled Riverside DUI Attorney

If you or a loved one was recently arrested for DUI in the Inland Empire, My SoCal Lawyers could provide the legal guidance you need to approach this situation with more confidence. Contact us today and schedule a consultation with a reliable Riverside California DUI defense attorney.