What Is a Felony Drug Charge in Riverside, California?

Home » Blog » What Is a Felony Drug Charge in Riverside, California?
Previous Next

What Is a Felony Drug Charge in Riverside, California?

In Riverside, California, a felony drug charge can come with severe consequences. California is unique in the way the state operates when handling drug felony crimes. In Riverside, a felony drug charge and resulting punishment is determined on a case-by-case basis, unlike in other states that follow a fixed classification system. Several factors can be used to determine whether a person will face a misdemeanor or felony charge.

If you find yourself facing a potential felony drug charge, it is important to contact a reputable defense attorney in Riverside. Your attorney can provide you with the best options for avoiding a felony drug charge. For a compassionate and experienced team, you can trust My SoCal Lawyers to provide you with the experienced representation you need. 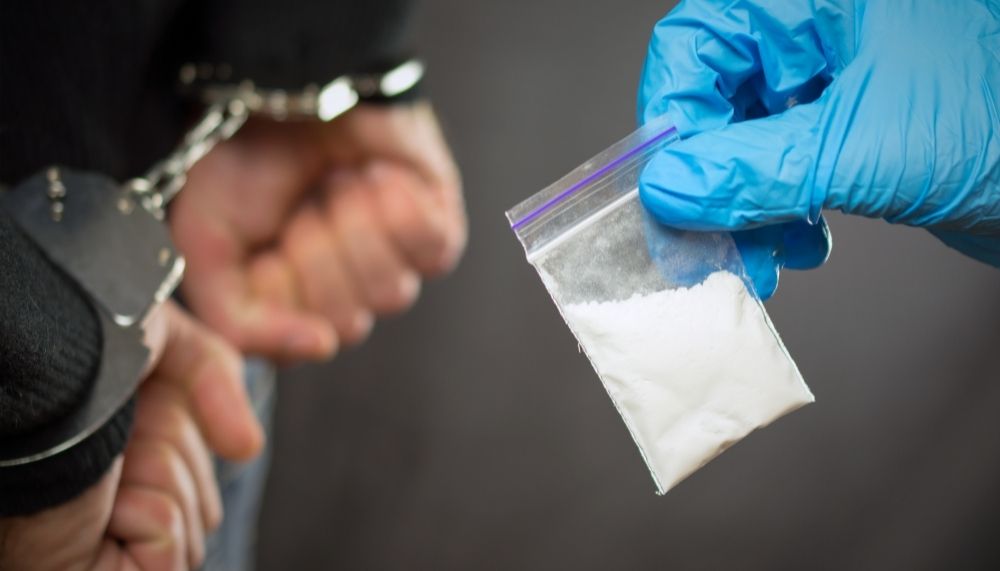 What Qualifies for Felony Drug Charges in Riverside, California

The Federal Control Substances Act categorizes drugs based on their known medical value compared to the potential the substance has for addiction and abuse. California uses these categories as a base for its own categories, also known as schedules. California recognizes five different schedule categories, one being the most harmful and dangerous and five being the least. It is important to note the differences between California’s categories and federal schedules. The most glaring is marijuana, which is legal for recreational possession in California, but it is still categorized as a schedule one drug federally.

In California, a drug felony involves a crime that carries a jail or prison sentence of more than one year. In serious circumstances, it could carry a life sentence. Someone charged with felony drug possession could also face fines of up to $10,000, which could be placed as an addition to the sentence or an option to avoid imprisonment. The prosecutor plays a large role in determining how a person will be charged and whether it will be an infraction, a misdemeanor, or a felony charge. For the best outcomes, it is crucial to have a criminal defense attorney who understands the complexities of California law.

What Factors Are Considered in Felony Drug Cases?

If you are arrested for drug possession, several factors are used to determine sentencing and other penalties.

Though every case is different, there are some commonalities. General considerations for sentencing include:

The prosecution uses these factors to determine what charges you could face, but here are more that could affect your case. An experienced attorney will be able to start building your defense by knowing the factors that will be weighed the most and which factors apply to your specific case.

Facing a potential felony drug charge can feel overwhelming. You could face a heavy prison sentence, hefty financial penalties, or both if you are convicted. You’ll also have to navigate the life changes you would likely experience. If convicted, you will lose your right to vote according to California law. This continues through your sentence and parole.

In California, you also lose the right to serve on a jury or to serve in the U.S. military. You could even lose veteran benefits, depending on the circumstances of your case. You will also lose the right to own a firearm of any kind. Once your sentence is served, you are likely to experience discrimination when it comes to housing or employment. This can greatly affect your ability to return to your life upon release.

Don’t Hesitate to Get the Legal Help You Need

If you are arrested for any type of drug possession charge, it is important to know your rights. Take the right to remain silent seriously, and wait for legal representation. It is recommended you do so since anything you say can be used against you, even if it didn’t seem harmful at the time. Since drug felonies are determined on a case-by-case basis, you must find a reputable defense attorney as quickly as possible. Your attorney will be able to immediately start building your case, investigating your arrest to ensure everything was done by the book.

An experienced attorney will provide you with the best chance to lower your charges to prevent the life-changing felony charge you could face. At My SoCal Lawyers, Dennis Moore has committed his career to successful defense representation. Contact us to learn more or to schedule your initial consultation.